I found this handy “favorite foods” chart via awaytogarden.com.   If you’d like to encourage some additional wildlife to your yard, it may be useful for you as well!  Though it may be snowing, spring is approaching! 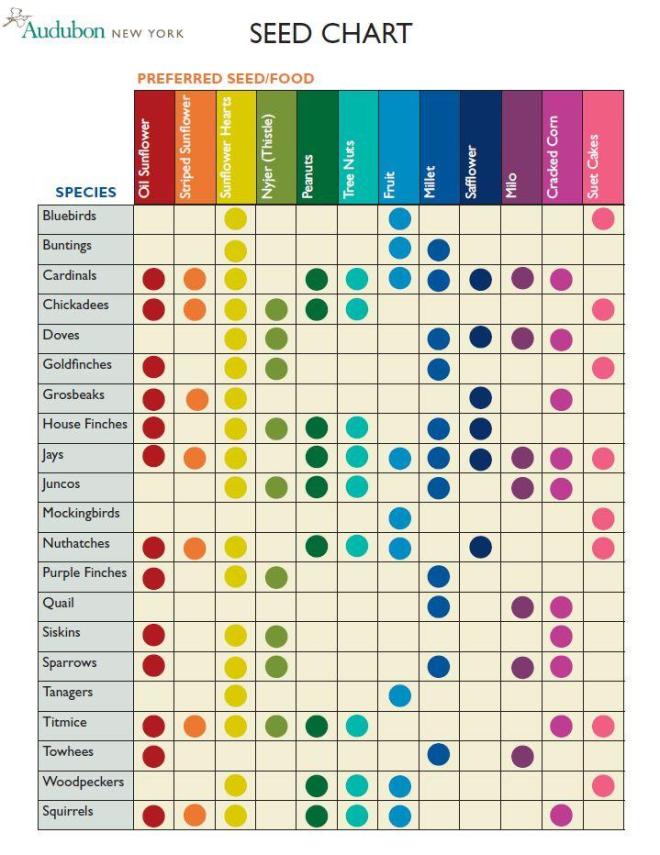 My wife and I had the blessing of quite a bit of outdoor space with the purchase of our new house.  I wasted no opportunity to start our garden this spring.  I had a box full of old seeds, so I wasn’t expecting a true garden of eatin’.  Space was no issue (though I do remember the days that our patio was our garden).  It took a few passes with our trusty tiller to carve out our space.  The previous owners had no garden, so the sod stood in our way.  Given this reality, it has been quite the battle  (as you may note) to keep the weeds out. 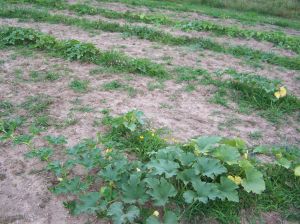 I’ve had others tell me that it takes about three years to eliminate some of that, so the tiller will be busy.

One other battle has been with the critters of the area: birds, chipmunks, deer, and rabbits.  All seem to frequent the garden at different times.  We lost most of our peas that were already on the vines, and something has been digging by/eating our potatoes!  I cannot say I have seen that before.  I had a garden out in the country growing up and had seen my share of creatures.  Being near a somewhat large highway doesn’t do much to scare anything away.

Yet another battle has been with what I think is an occurrence of a plant disease.  I mentioned something similar earlier on the blog.  So far, much of our tomato crop is in the process of succumbing. 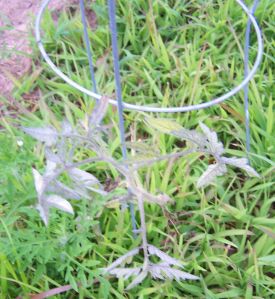 Whatever it is, it has also affected the nearby clover and a flowering vine.  The tomatoes have all had similar issues- the leaves have turned grayish silver and seem to have stopped growing.  We still have had some tomatoes ripen (though some critters have helped themselves…)  Regardless, we’re not planning to compost any of these so nothing spreads, hopefully.

The weather has been somewhat bizarre.  We had a cool spring, so no early start this year.  We had a steady pattern of rain, but now we are behind for July- and only one day above 90 degrees so far.

On a more positive note, our vines seem to be growing well enough.  More of the garden germinated than I was expecting, but the weeds have kept some of that in check.  The potatoes may hold out if something stops eating them.  The radishes earlier this season were robust, and the cucumbers have been producing.

Thus, there is much to improve on for next year, but a garden is a process- with fun and frustration (emphasis on the fun for me).

What have you planted this year?  Successes/difficulties?